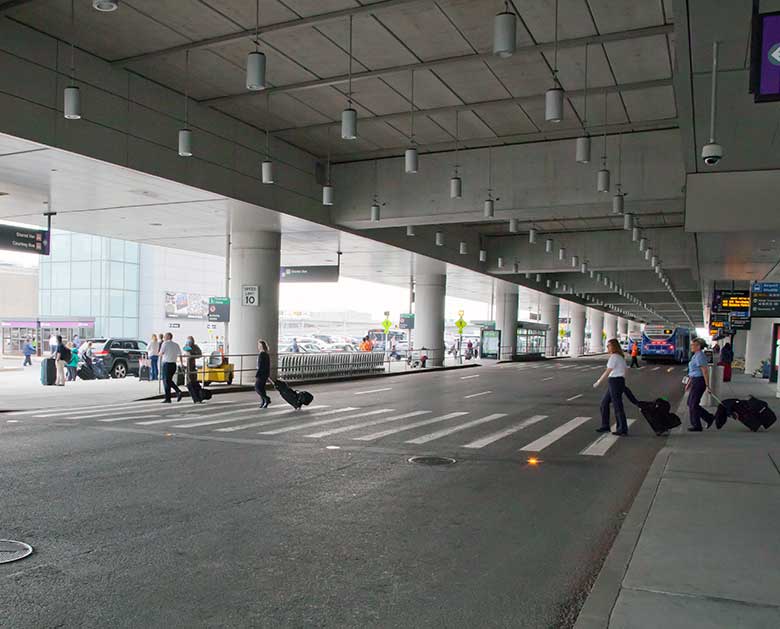 Lighted Crosswalks Connect to Terminal
Each of the 14 systems are installed at crosswalks connecting airport terminals to nearby parking areas. Pedestrians walking across the road are made more visible by the safety lighting. The flashing array of roadway lighting draws driver attention to people attempting to cross. 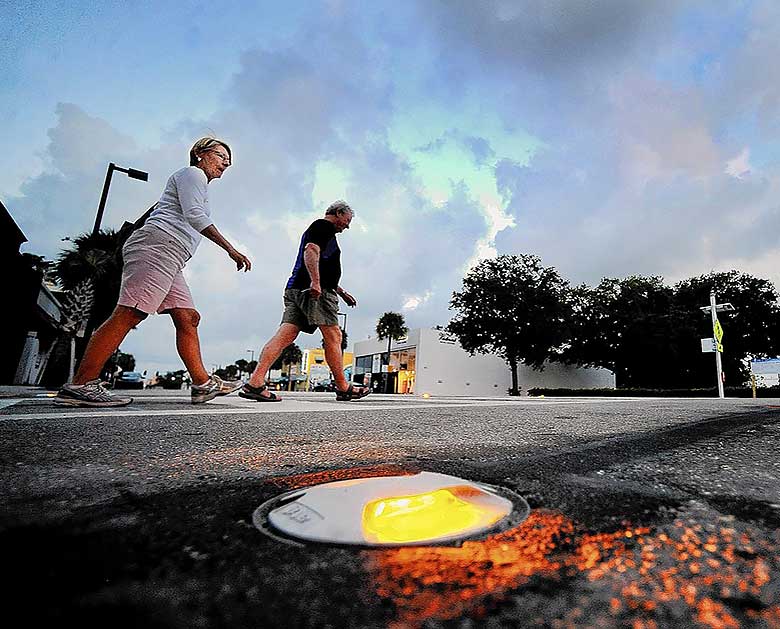