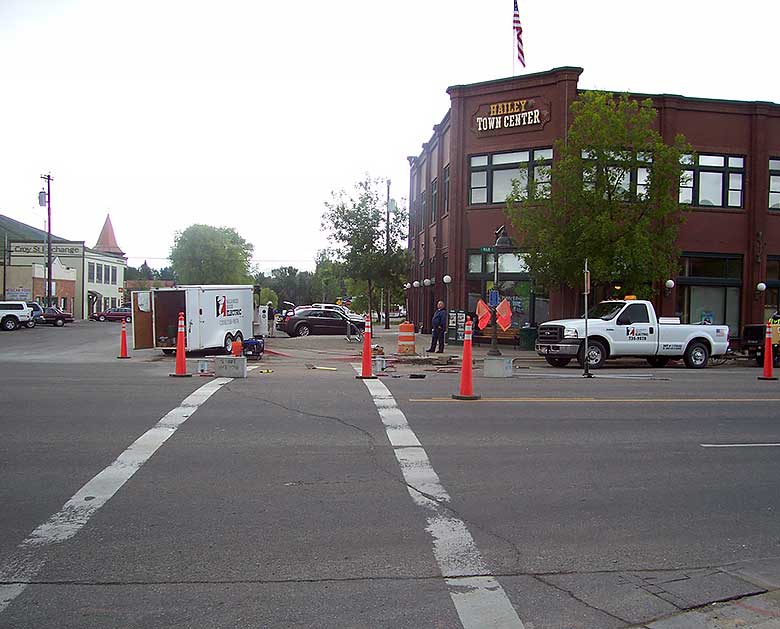 A tourist was fatally struck in downtown Hailey, Idaho. City officials wanted to install inpavement lighting to prevent another tragedy. But how could they ensure the safety system would be high quality and effective?

A tourist was fatally struck in downtown Hailey, ID in May of 2004. After the tragedy, locals began voicing pedestrian safety concerns to city officials. Tom Hellen, Public Works Director for the City of Hailey, recalls the public’s response, “I was getting calls from people concerned about traffic. Many of the local residents have kids so they were worried about safety. Three or four times a month we were getting phone calls from people with concerns about pedestrian or bike safety.”

City officials recognized the potential for recurrence. Mr. Hellen explains, “This location has a high volume of traffic. This city attracts skiers in the winter and fishermen and rafters in the other three seasons. Because of the year round high volume of traffic, pedestrian safety becomes a major concern.” Mayor Susan McBryant responded by making pedestrian safety a priority.

Officials discovered crosswalk lighting as a safety solution. To make an informed purchase decision, competing designs from Traffic Safety Corporation and LightGuard Systems, Inc. were installed. The products were then evaluated to compare safety and effectiveness.

After a thorough study, the TSC system emerged as the clear winner. Its fully-flush TS-600 fixtures are ideal for an area like Hailey, where snowplows are used. In addition, the fixture’s bi-directional design increases visibility at night by both outlining the crosswalk and backlighting pedestrians. Bruce Johnson, electrician with Balanced Rock Electric, commented on his preference, “The other system only has the lights on the side where drivers are approaching the system…You’re only lighting up one side of the crosswalk. I think it’s much safer having both sides lit up.” In addition, the solar-powered system minimizes operating, installation, and lifetime costs.

The City of Hailey began working with their regional TSC dealer, George Spaltro, with Coral Sales Company, to configure the downtown system. Ten snowplow-proof TS-600 fixtures span State Highway 75, or Main Street. Tom Hellen, Public Works Director for the City of Hailey, recalled the ease of the installation, “It went very smoothly, we had a good contractor. They set it up in the shop first, they understood everything before they went out to the site…They put it in, powered it up, and it’s been working like a charm ever since.”

City officials responded to public concerns by installing inpavement lighting. By comparing systems prior to the purchase, they identified TSC as the best solution. The system will enhance pedestrian safety in downtown Hailey for many years to come.